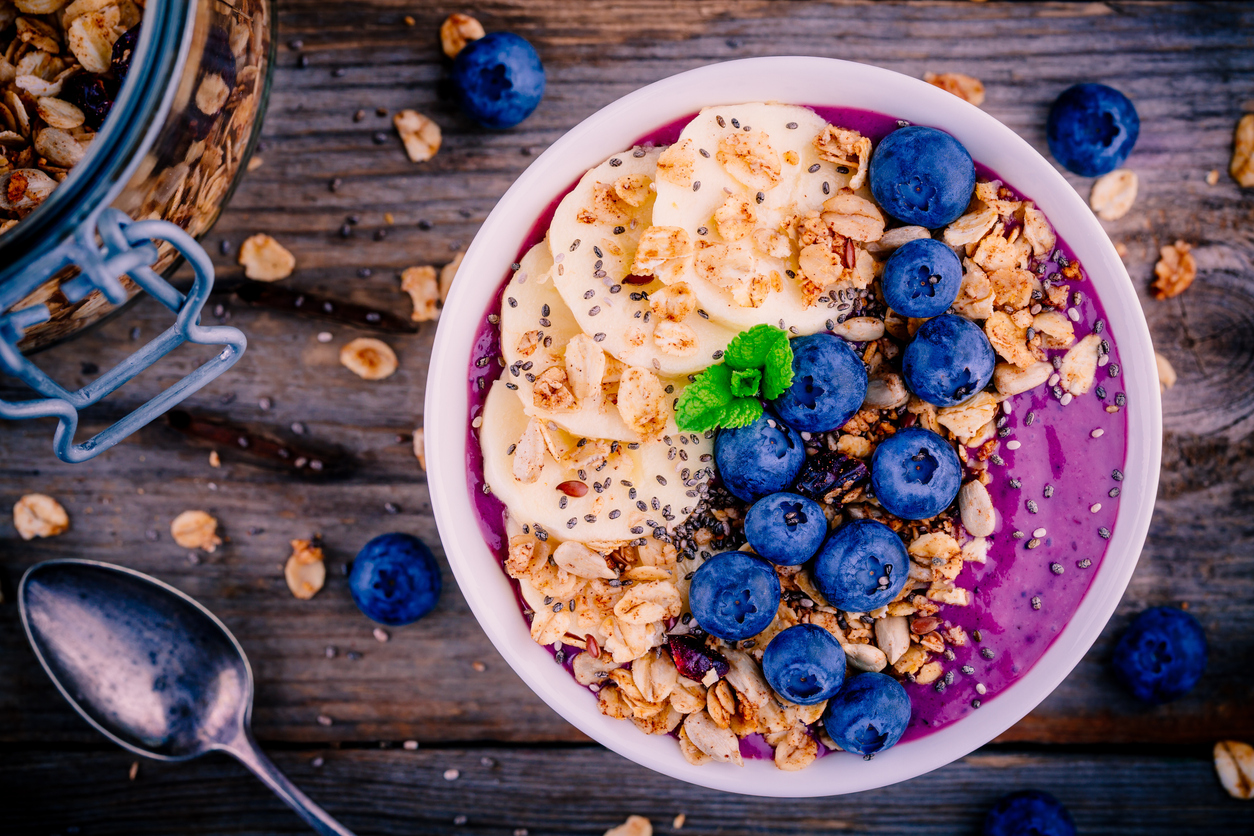 Adding foods the colors of the American flag to your diet can be a fun way to add new and delicious nutrients at mealtime.

There’s nothing that says July more than red, white, and blue. Did you know those same colors can reap health benefits on your plate?

While Lexi is happy eating table scraps, we’re willing to bet you’re more discerning than that. Eating well is an integral part of healthy living. From a weight standpoint alone, the less you weigh, the less pressure there is on your joints and bones. With strawberries and blueberries ripe for the picking here in Oregon, now is the perfect time to add more hues – and nutrients – at mealtime.

According to the Mayo Clinic, red fruits and vegetables may reduce the risk of osteoporosis and diabetes, and could inhibit the formation of cholesterol in blood. Here are a few of my favorites:

Beets: As far as red fruits and vegetables go, the USDA says beets are among the richest in antioxidants. They’re also a great source of fiber, folates, and vitamin C. There have even been studies showing it can help lower blood pressure in pregnant women.

Strawberries: We all know that strawberries are rich in antioxidants, as well as fiber and vitamin C. But did you also know there’s a link between strawberries and staving off diabetes? At the 2015 American Diabetes Association’s 75th Scientific Sessions, Dr. Howard Sesso from Harvard University unveiled data from a study that found that – compared to women who rarely or never ate strawberries – those who ate strawberries monthly had a lower risk for diabetes.

We’ve been told a million times to stay away from white foods, such as breads and rice, but don’t be so quick to lump white produce in the mix. In fact, cauliflower, which is loaded with vitamin C, makes for a great rice substitute due to its (healthy) carb count. You can even find cauliflower pizza in the frozen food section! Here are a few of my other favorites:

Navy beans: Don’t let the name fool you – these versatile, white beans are a great source of fiber, protein, and iron. They’re also low on the glycemic index, which means you probably won’t have to worry about a carb crash later.

Potatoes: Again, these get a bad rap, but it’s all in how you dress them. A fully-loaded baked potato or French fries will set you back hundreds of calories, but a plain baked potato with a moderate amount of toppings packs a nutritional punch. White potatoes are gluten-free; are a great source of fiber, magnesium, vitamin B6, and antioxidants; have more potassium than a banana; and contain nearly half your daily value of vitamin C.

This one is a little tougher, since we don’t see very many blue foods out in the wild – but they still can offer just as many health benefits as the other colors of the rainbow.

Blueberries: Not unlike strawberries, blueberries are known for their antioxidant properties. Mild in flavor, it’s easy to get your daily intake by using them as a topping on you morning bowl of oatmeal. They’re even great for snacking on by themselves when they’re at their biggest and juiciest during the peak of the season.

Blue corn: While corn is naturally gluten-free no matter what variety you eat, blue corn specifically has 20 percent more protein and less starch, and is lower on the glycemic index than yellow corn, according to WebMD.

Blue cheese: Okay, you got me – cheese isn’t produce. But it makes the list because it has more calcium than most cheeses out there. Just don’t get too carried away – cheese is loaded with calories and fat.

Have a happy, safe, and healthy summer!