Developmental Disabilities on the Rise in U.S. Kids 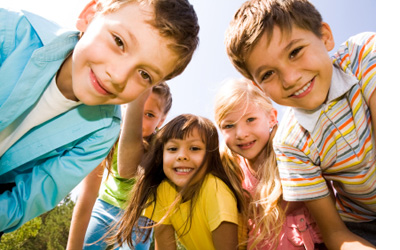 Over the past decade, developmental disabilities in American children have risen an astonishing 17 percent. The disorders leading the trend are attention deficit hyperactivity disorder (ADHD) and autism.

According to the Centers for Disease Control and Prevention, the prevalence of developmental disorders among our kids is now at 15% – a total of about 10 million U.S. children. This number is up from only 8 million children (12.8% of total population) ten years ago. Autism, which is a condition caused by abnormal brain development had the largest rise over the course of the study, rising to 0.74% of children when it was only at 0.19% ten years ago. All in all, researchers concluded that about one in six children now have a developmental disability.

Information for these numbers was gathered by researchers looking at data on children ages 3 to 17 years from the 1997 to 2008 National Health Interview Surveys. The surveys were sent out and asked parents to report diagnoses of ADHD, mental retardation, cerebral palsy, autism, seizures, blindness, learning disorders, and other developmental delays. Total data was comprised of representative samples of U.S. households.

The increase in prevalence of these disabilities is attributed to a few different causes including more pre-term births and parents having children at older ages. Other studies suggest that preservatives in food, lack of vitamins, and other lifestyle choices can cause a higher risk of developmental disabilities in children. Data from this study could also be slightly skewed due to increased improvements in screenings, diagnosis, and awareness than there was ten years ago.

Regardless of the cause, the increased awareness and prevalence of children’s developmental disorders has been making a stir. Sheree Boulet, the study author and an epidemiologist at the Atlanta-based CDC’s NationalCenter on Birth Defects and Developmental Disabilities commented on the subject saying, “Because the prevalence of some of these developmental disabilities is increasing, there’s going to be an increased demand on the health system for these kinds of specialized medical services.”

One comment on “Developmental Disabilities on the Rise in U.S. Kids”