Statins Can Sap Your Energy 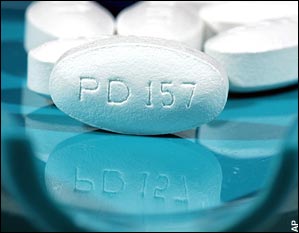 It’s fairly well known that statin drugs taken to lower cholesterol have some clear adverse side effects. A new study though, published by the University of California, San Diego found that in addition to the negative effects on your liver and muscles, the more rapid memory loss and  the mood swings, statins also have a depressant effect on your overall energy levels.

The study at USCD led by Beatrice A. Golomb, MD, PhD, found that statin drugs may leave users- especially women, feeling drained and tired on exertion in comparison to a placebo pill. Prior observational reports have also noted fatigue as a statin side effect, so Golomb and her colleagues investigated it in a randomized setting.

Their trial included 1,016 men and women with low density lipoprotein (LDL) cholesterol, who were randomized to receive 20mg simvastatin (Zocor), 40mg pravastatin (Pravachol) or a placebo pill daily for 6 months. The participants had no cardiovascular disease or diabetes.

Combined scored for change in energy and exertional fatigue worsened after starting compared with a placebo, and for women,  scores suggested that as many as 40% felt more tired and fatigued during physical activity on simvastatin (Zocor) than without the lipid-lowering medication. Higher baseline fatigue and energy scores were tied to reduced exercise levels, and “reduced activity and exertional tolerance, irrespective of actual activity, in turn predicted hard adverse outcomes” Golomb’s group noted.

WHAT TO BE WARY OF

These findings are important, given how relevant energy and functional status is to a person’s well-being. Clinicians should consider this risk in prescribing statins, particularly for “high-risk” primary prevention, for women, and for the elderly.

Similar to the benefits of statins, tiredness may take some time to manifest as an effect of these drugs, so long-term trials over the course of years are important if statin use is to be recommended in younger individuals. In the mean time, physicians should be alert to patients’ reports of exertional fatigue or diminished energy during statin use.